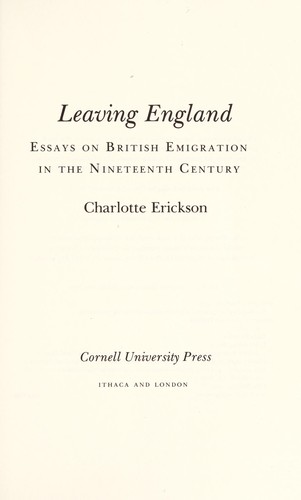 Leaving England : essays on British emigration in the nineteenth century

The British Isles provided more overseas settlers than any country in continental Europe during the nineteenth century, but English emigrants to North America have remained largely invisible, partly for lack of records about their departure or their experiences. In this book Charlotte Erickson uses...

Saved in:
Table of Contents: